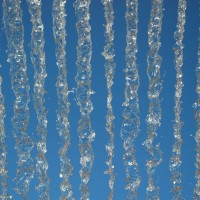 Based on the current legislation, it is  possible that authorized water discharges on sewege pollute the subsoil?

The attachment n. 3 of third part of The Decree (Government delegated by Parliament) n. 152/2006 of April 3rd, “Norms on environmental matters”, defines the public drainage limits in sewerage and the attachment n. 5 of fourth part defines the underground waters limits. This legislative “problem” has historical roots that date from the ex-L. 319/1976 (Merli) with which Public Administration grants the companies to contaminate subsoil and groundwater, not only on own site, but even on the surrounding territory.

The D.Lgs. 152/2006 is the norm that currently regulated the subsoil quality and the drainage limits of industrial wastewaters or contaminated groundwater in public sewerage. The Art. n. 243 of The Decree quote “In range of site remediation systems, the underground waters pumped from the groundwater can be drained […] in the respect of industrial wastewaters emission limits in superficial waters.” In the case of contaminated subsoil by the parameter n. 47 of the attachment n. 5 of fourth part of The Decree152/2006 (Summary of Organohalogen compounds, limit 10µg/l), the Public Administration can release an authorization to drainage in public sewerage with prescription of the drainage limit of parameter n. 49 of Table 3 Attached 5 third part of the same Decree, which is 2.000 µg/l for the total of Organ Chlorinated compounds. The example can be repeated for other analogous carcinogenic substances (ex. Aromatic Hydrocarbons) and for all the authorizations to the drainage granted.

State of Public sewege in Italy

The state of the public sewerage in our Country is clearly damaged, such authorizations frequently are equivalent to “implicit” authorization to subsoil and groundwater contamination. Besides the “damage”, it often follows the “prank”: after having granted authorizations to drainage in public sewerage up to 2.000 µg/l for Organ Chlorinated compounds for the same territory, can you imagine the public administration technicians complain for the groundwater contamination from the parameters of the same family with concentrations > 10 µg/l (groundwater limit), but < 2.000 µg/l (drainage in sewerage limit). Will they have the “courage” to ask public found for the soil and groundwater remediation?