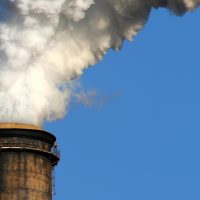 The emissions quality of an incinerator affects surrounding  grounds quality?

The Italian atmospheric emission limits, expected for an incinerator (defined by Legislative Decree no. 133/05 -implementing Directive 2000/76/EC-), are compatible with the surrounding land quality, residential and agricultural zoned and subject to the limitations D.Lgs.152/2006 (table 1A of Annex 5 Part IV)?

Are the standards compatible?

Considering emissions by the maximum concentrations allowed by the Directive, we examined the possibility of generating an exceedance of the threshold concentration of contamination (CSC) in soils surrounding an incinerator:  for the specific case, the compatibility of the two Directives has been tested.

The Multisource atmospheric dispersion model developed by Cirillo and Cagnetti (ENEA) has been used. Conditions of atmospheric dispersion and effects on the ground under different conditions were simulated: short and long term, different heights of the thermal inversion and building downwash (“building effect“) interference to get the definition of the area of maximum relapse, that is the area with the highest concentrations; this condition has been adopted independently of the actual use of the area and of the concentrations in the most conservative case to the environment, that is, the “worse” condition that must be considered with caution.

The fall on ground rate of contaminants was evaluated from the results of the examinations; the following simplifications, conservative for the environment, were assumed (“worse” conditions):

The fall on ground rate of contaminants was calculated, considering entirely incorporated in the first 20 cm of soil, with no change in the maximum relapse, without any interference with the effects of dilution, and without considering any suspension of issue; this flow has been multiplied by a period of 100 years to assess which parameters, among those included in Table 1A of Annex 5 Part IV of Legislative Decree no. 152/2006, could potentially exceed the reference limits.

The following concentrations to the soil, after 100 years of continuous and persistent emissions, have been shown by the results:

In this specific case, the two Directives do not appear to be incompatible, the results are encouraging because they are based on the hypothesis “worse” than the real case; is not considered the presence of the continuous measurement systems of the effluents that have dedicated alarms in case of malfunctions and agricultural areas, although often compared to residential areas, do not actually have a clear legal status, as D.Lgs.152/2006 – Article 241 – refer to the adoption of a specific regulation, never showed and certainly complex: if the areas where current agricultural practices are carried out should respect the residential  limits of Table 1A annex 5 Title V, Part IV of Legislative Decree no. 152/2006, you can evaluate that few acres of land in Italy would be “according to the law”.